Scouting a small town. We have been so cautious, and I plan to keep it that way. No signs of the people, or zombs. A little longer, and we will move forward. Probably have to go through the town to continue our walk. Hopefully we can find something worth taking, and stay out of trouble.
Posted by HorrO at 2:53 PM No comments:

Calling it the 2nd of March. March. March like march right out of this state. I’m sure there have been plenty of famous marches, but this won’t be one of them. All these cars on the streets, and none of them will start. Just the usual cars either crashed, or just filled with blood and guts. All dried up blood, and rotten guts. I guess there is no such thing as a new car these days. We did do something fun, smart, and stupid. We pushed a car to the edge of a hill, jumped in it, and rode it to the bottom. Dodged a few cars on the way down. Hard to control though. Stopped by hitting another car. Didn’t have major impact, but we still felt it. We might have to vote on whether or not to do that again. Bikes would have been easier.
Posted by HorrO at 1:09 PM No comments:

It’s March!!! Maybe. Even harder to keep track when you haven’t written anything in a long time. Weird writing again. Sorry to ignore you journal. Trust me there were days I stared at you thinking I should be writing. Just couldn’t do it. What? Yes, this means we finally made it out of the forest. Found a road. Followed it. Then another. And another. Yes, lots of wonderful roads. Actually found some signs, and might be headed in the right direction to get out of this state. Maybe. It’s been a lot of tired walking. Few zombs. I guess they are all in the forest. And no people either. Hopefully I haven’t cursed things by writing again. Oh well, good to be back!
Posted by HorrO at 12:45 PM No comments:

This is the last time I’m writing until we reach some place that isn’t in this never ending forest. I mean, we have been through the mountains and hills, and then down a river and still can’t escape. It is almost ridiculous at this point. And I thought I was lost the first week or so of college. That was nothing. I can’t believe we have lasted this long out here. I think Q agrees. He said he thought we should be dead by now. Especially after that last encounter. So journal, this is it for now. Hopefully we get to talk soon. If not ????????
Posted by HorrO at 1:39 PM No comments:

Holy shit. We almost died twice! Or by two different creatures. Zombs and a motherfucking bear. BEAR. I mean I’ve hardly seen much wild life period and the first thing we see is a bear. And a hungry one. We woke up to the sound of it about to climb the tree we were in. I don’t know if we were in its tree or it just smelled us. Q almost fell right out of the tree when he saw it. James was about to shoot it, but I told him not unless he has to. I didn’t want the noise to bring any unwanted attention. We did the old throw branches at it trick, but that works better on zombs. Pissed the bear off. Luckily we were close to another tree so we waited for it to start climbing then we jumped, and climbed down the other tree. The bear didn’t forget about us. It climbed back down, and started right after us. We ran as fast as we could, and ran right into a pack of zombs. I think they were just as surprised to see us as we were to see them. Too bad they didn’t know the real surprise was what was behind us. I told the boys to freeze for a second. I think the zombs were eating someone, but I’m not sure. They are usually quicker to attack, but again maybe they were surprised. Distracted by something. I know its crazy but I told the boys when I say go we run past the zombs. I turned and waited for the bear. Felt like forever. Actually thought for a sec it stopped. If that was the case, we would have been in trouble. Then GO! Just shoved our way around the zombs, and kept going. No zombs or bear followed. Wonder who won that fight. Maybe there is a zombie bear out there now.
Posted by HorrO at 12:16 PM No comments:

Back to tree climbing. Lots more noise in these woods. Not sure what it is. We haven’t seen much. Time to move
Posted by HorrO at 12:14 PM No comments:

As we prepare to get out of here before any more zombs hit the water, I have kept a close eye on the boys. Watching for any signs that they are changing. Nothing so far. I wonder how long it is before I can forget about this crazy idea. Q doesn’t shut up about why the zombs are in the water. I think he wants to go fishing for some of them. Headed in the opposite direction from where those people came from. Seriously don’t want to know what they are up too.
Posted by HorrO at 12:13 PM No comments:

Was thinking about it some more. No wonder that water tasted funny. How many zombs are in that lake? I know we didn’t purposely drink any of it, but might have swallowed some in the struggle to get here. Are we only days away from being zombs now? Are we contaminated? Infected? Whatever you call it! I haven’t said anything to the boys yet. Don’t want to scare them if nothing is going to happen. On the other hand, is this it?
Posted by HorrO at 12:03 PM No comments: 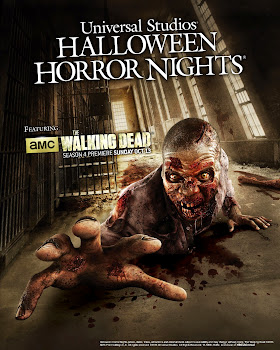 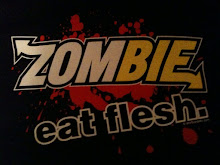 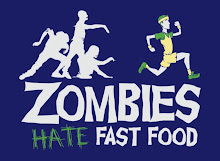 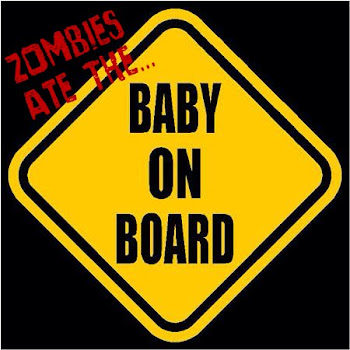 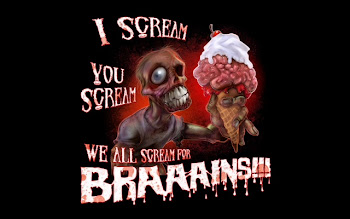 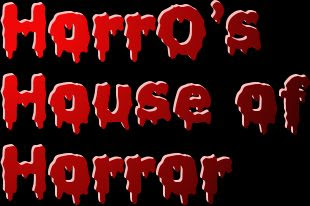 HorrO
HorrO brought you HorrO's Gory Reviews, and then The Dog Days in Zombieville. Now he brings you PromoteHorror.com, the place to spread the horror with all your promotion needs!